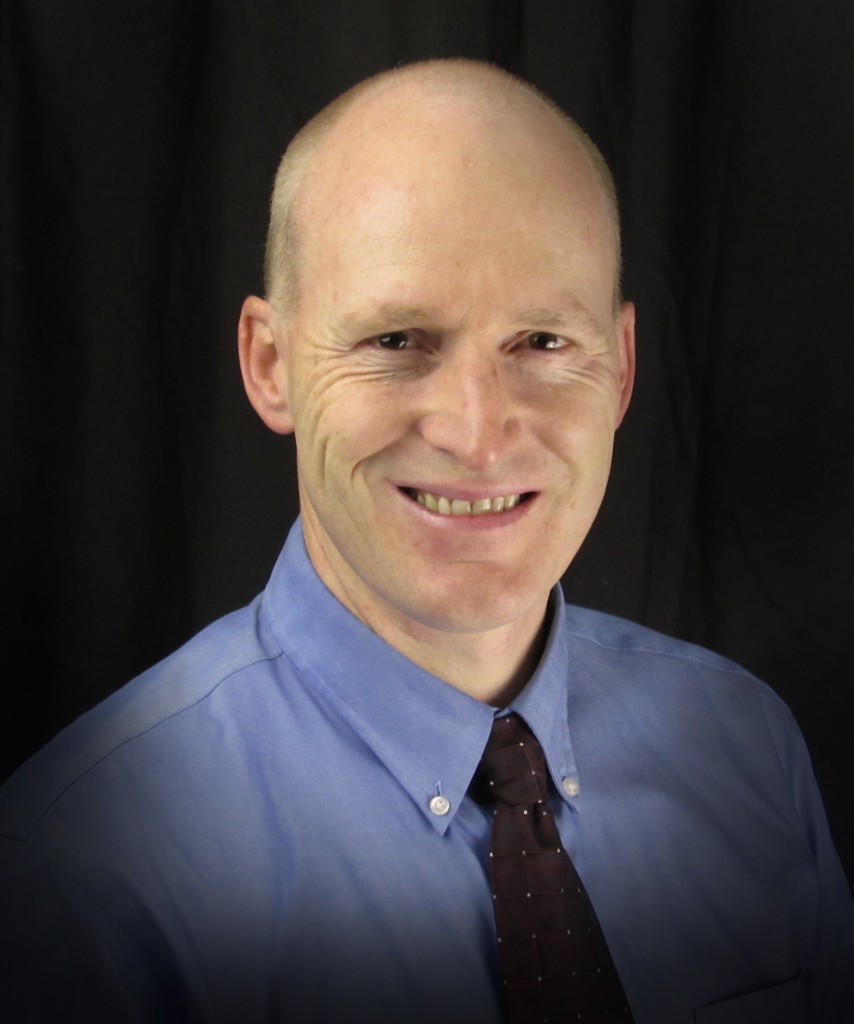 Dr. Crane started his Medical Practice on the campus of Bear Lake Memorial Hospital in September of 2011. Dr. Crane is a Bear Laker. He graduated from Bear Lake High School in 1997. He went on to graduate from Brigham Young University in microbiology. He received his Doctorate of Medicine Degree from the University of Utah. He completed his family medicine residency at Ball Memorial Family Medicine Residency in Indiana and held the Chief Resident position. Dr. Crane has made several medical service trips providing healthcare to people in Ecuador, Kenya, Mexico, and Uganda.
Dr. Crane’s practice focuses on family health, including pediatrics and OB services. He speaks Spanish and Portuguese. 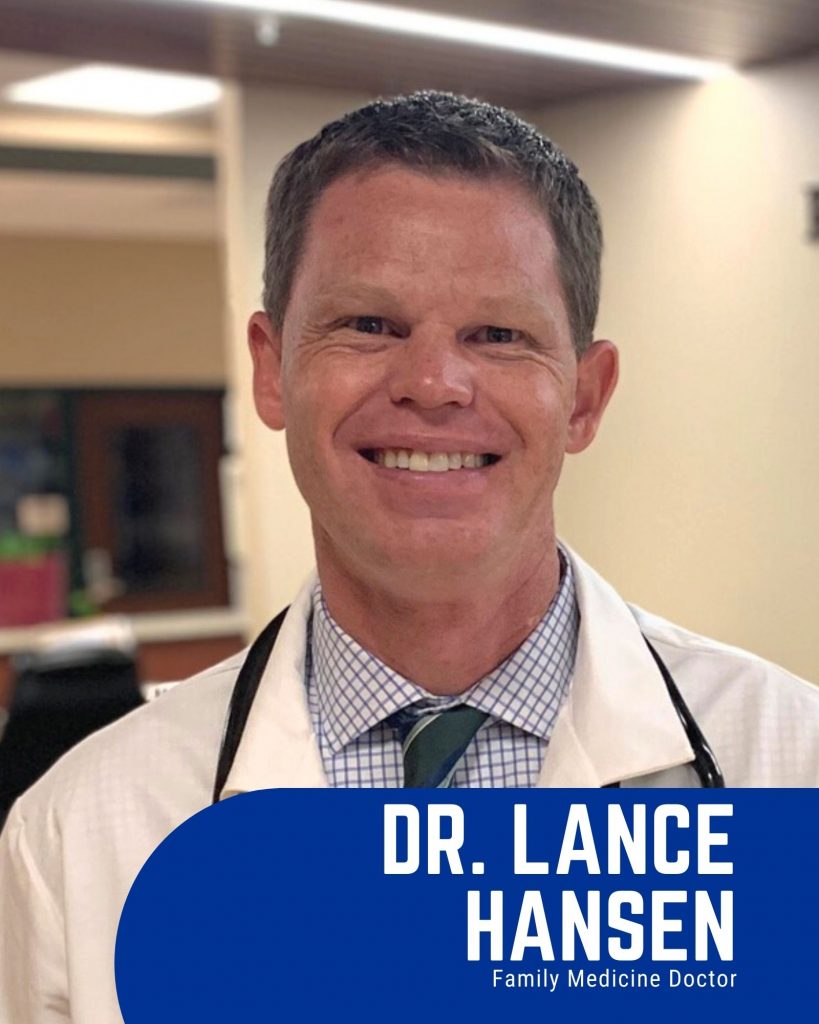 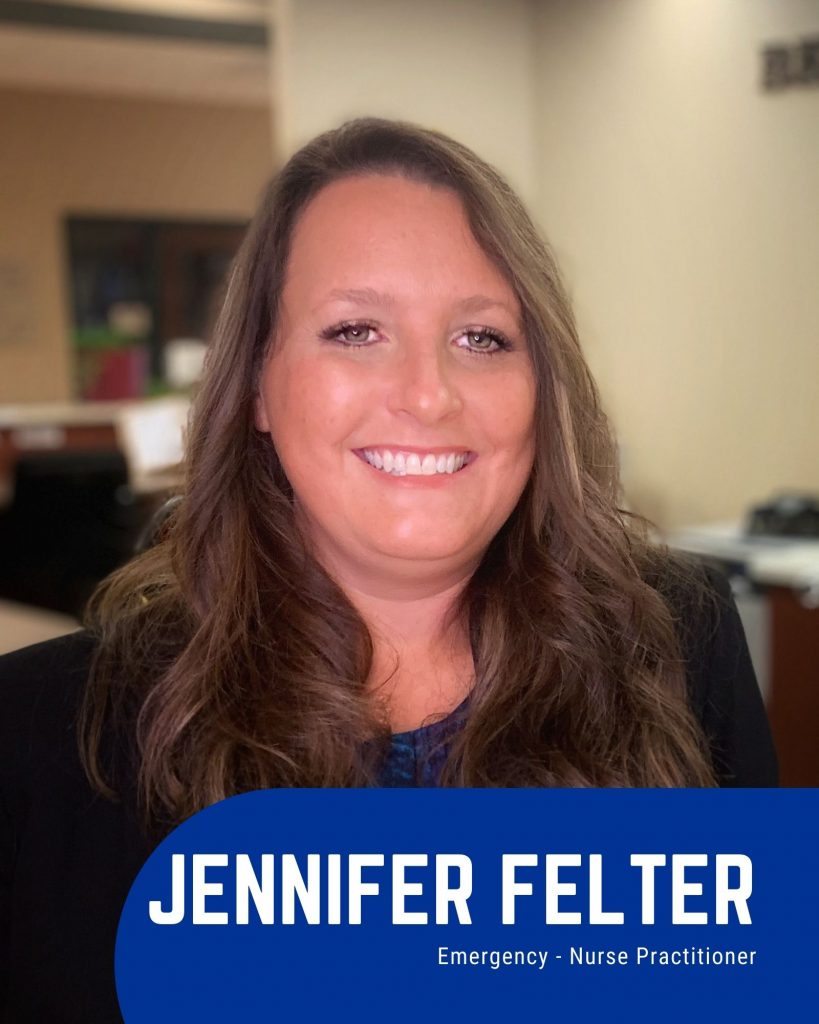 Dr. Hansen started at the Family Care and OB Practice on the campus of Bear Lake Memorial Hospital in August of 2012. Dr. Hansen is originally from the Snake River area near Blackfoot, ID. He received his Bachelor of Science in Biology at the Albertson College of Idaho. Then finished his Doctorate of Medicine at the University of Washington. He completed his residency with the Family Medicine Residency of Idaho in Caldwell, ID. He was Chief Resident during his third year.

Dr. Hansen’s practice focuses on family health, including pediatrics and OB services. He also specializes in upper endoscopies and colonoscopies.

Jennifer is married and has two children. When she is not working, she enjoys spending time with her family, reading, and traveling. 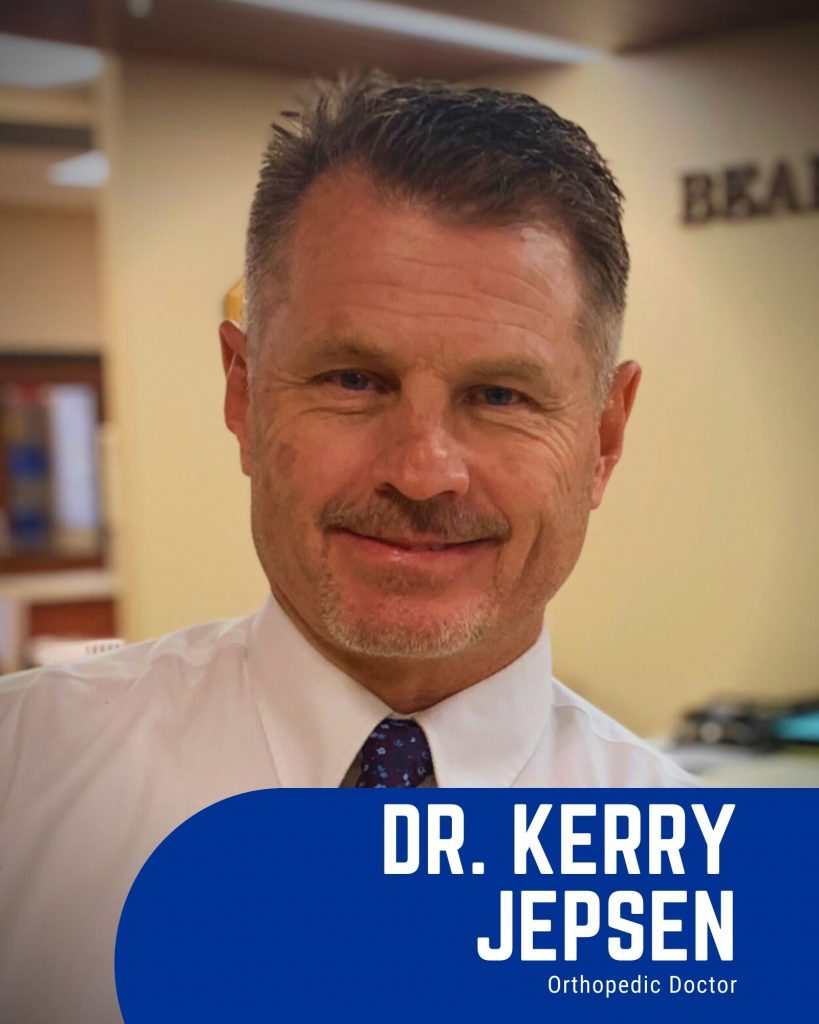 Dr. Jepsen is a general Orthopedic Surgeon with special interest in sports medicine and an extensive background in major trauma. He completed his military service as an Orthopedic Surgeon at Landstuhl Regional Medical Center, Landstuhl, Germany before coming to BLMH in 2009. He was the Chief of Orthopedic Services while at Landstuhl Regional.
Dr. Jepsen has family ties to Southeastern Idaho and lives near his parents in the Mink Creek area with his wife and eight children.
He completed his Orthopedics residency in 2001 at Wilford Hall Medical Center, San Antonio, Texas and received his Medical Degree from Uniform Services University of Health Sciences in Bethesda, Maryland. Dr. Jepsen’s military medical career took him first to Osan Air Base, Korea, and then to Germany.  Dr. Jepsen brings a broad range of orthopedic experience to the Bear Lake Valley. 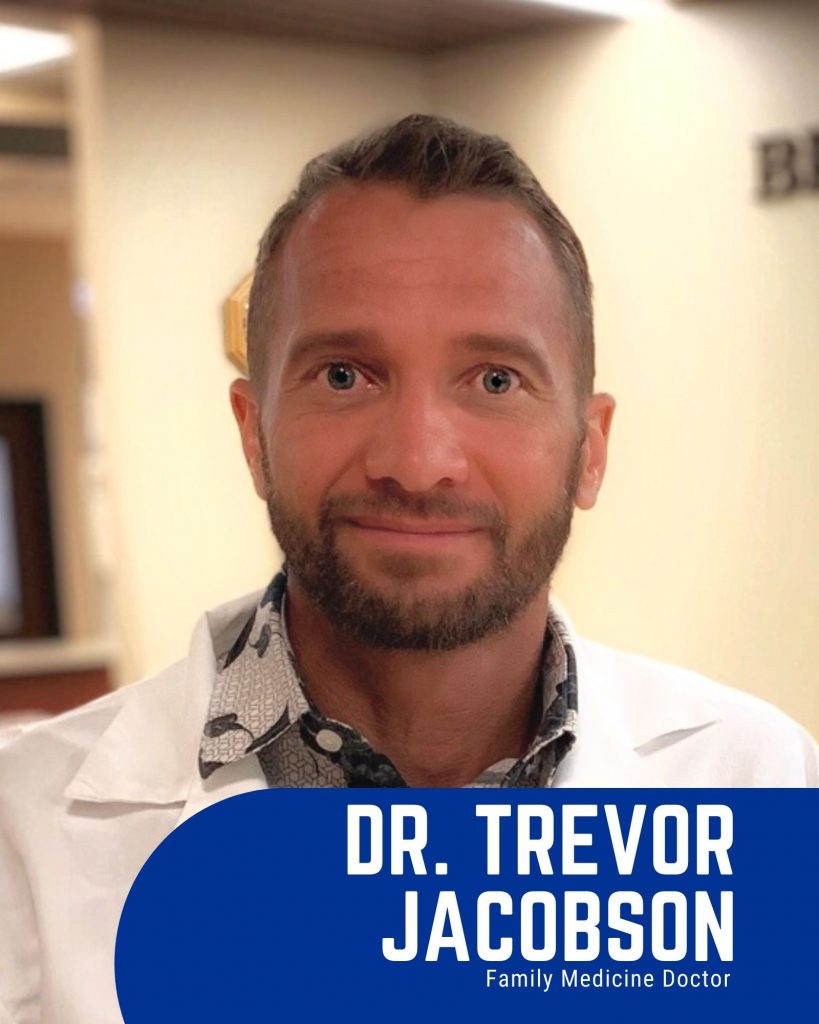 Dr. Jacobson is practicing at Bear Lake Memorial Hospital Internal Medicine Clinic. He received a Bachelor’s Degree in Exercise Physiology, Medical Degree, and Family Medicine Specialty Degree all at the University of Utah. He is Board Certified as a Family Practice Physician with experience in pediatrics, sports medicine, weight loss management, women’s health, mental health, addiction, and disease prevention. Dr. Jacobson is the son of Kevin and Brenda Jacobson of Ovid. He is excited to raise his family in the beautiful Bear Lake Valley. 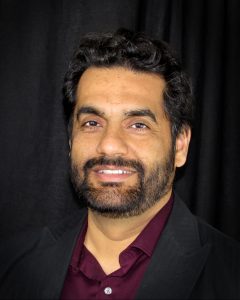 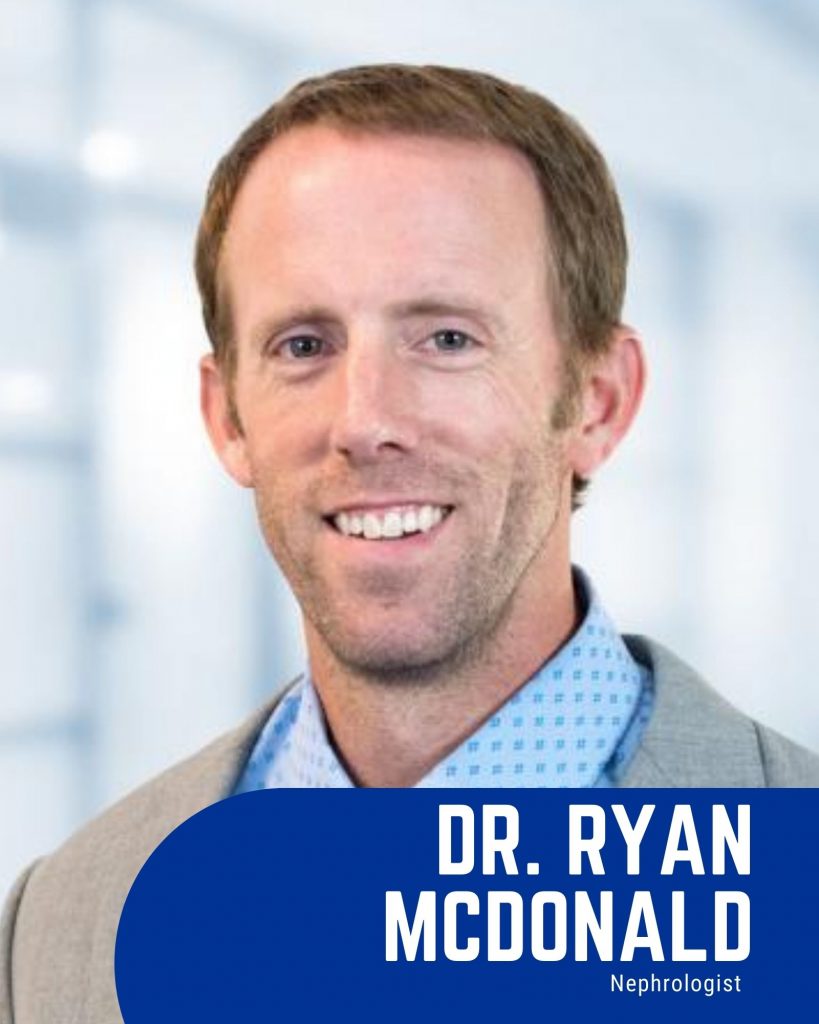 Dr. Chadha obtained his degree at the Government Medical College in Patiala, India. He did his internal medicine residency at University of North Dakota, ND. Dr. Chadha is a Utah State Medical Board Physician and a staff nephrologist at the Kidney and Hypertension Institute of Utah.
He takes care of complex inpatient and outpatient Nephrology patients including providing dialysis services to local dialysis units and local area hospitals. His responsibilities included but were not limited to management of complex Nephrology patients with acute kidney injury, renal transplant and end stage renal disease patients management. Dr. Chadha has previously worked with the Department of Veterans Affairs in New Mexico and North Dakota on outpatient clinic panels of complex patients who have chronic illnesses e.g. Diabetes, Coronary artery disease, Chronic kidney disease, High blood pressure and Chronic pain syndrome to name a few. He is excited to be able to support the Dialysis Center and take clinic here at Bear Lake Memorial Hosptial.

Dr. McDonald is a superb physician who has outstanding nephrology training from LSU in New Orleans. He completed his residency in internal medicine and served as chief resident at Ochsner Medical Center in New Orleans. Dr. McDonald is a diplomate of the American Board of Internal Medicine and Nephrology.
During his training he received several awards, the most notable are Outstanding Fellow and Resident of
the Year. His selection far Chief Resident was fostered from his dedication to patient care, commitment to
educational development of medical st11dents and residents, academic excellence, and foremost his leadership capabilities. He was also directly involved in the recovery efforts during and after Hurricane Katrina.
Prior to beginning his medical education, he served an LDS mission in Asuncion, Paraguay where he became
fluent in Spanish. He enjoys using his second language as much as possible to help patients of Latin heritage.
In the last five years, his academic activities have included presentations for the American College of Physicians and the Southern Society of Young Investigators. He recently was invited to present his research on the effects of job stress on hypertension at the annual meeting far the National Kidney Foundation. His clinical interests are high blood pressure, dialysis, sl0w continuous ultra-filtration for heart failure, and the relationship between diabetes and kidney disease. 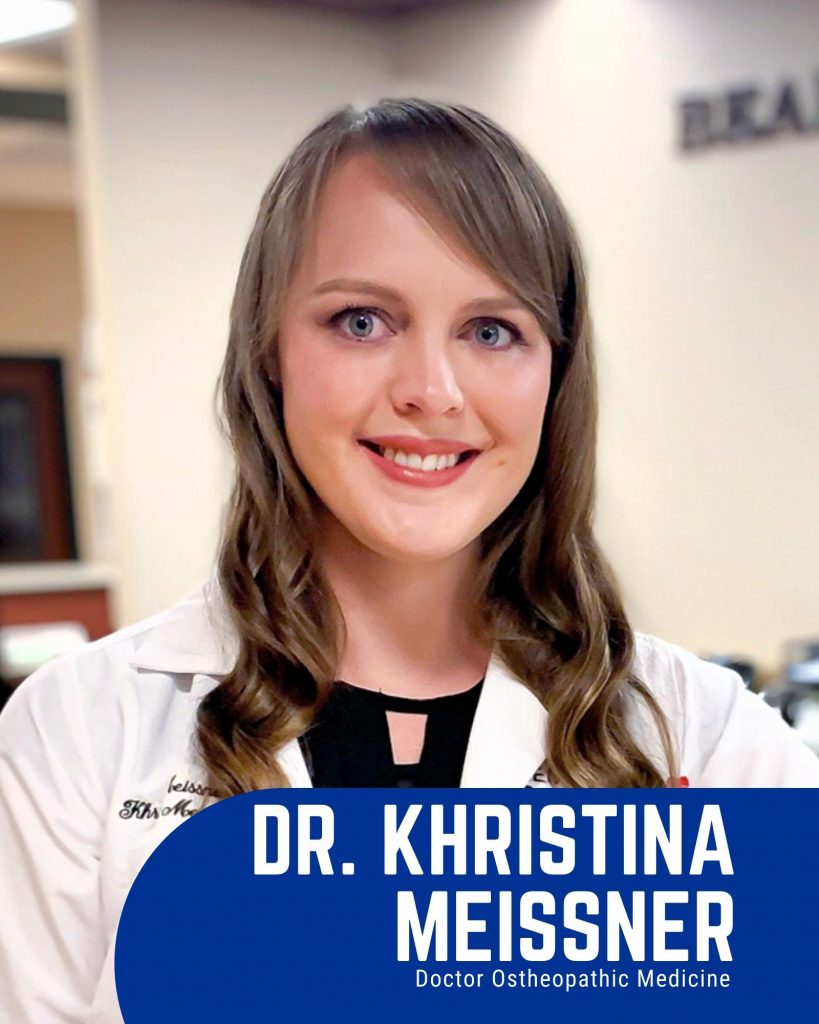 Dr. Meissner studied at the University of Pikeville, Kentucky College of Osteopathic Medicine & earned her undergraduate degree in Biology with a minor in Chemistry from Midway College in Kentucky. She is from Waynesville, North Carolina & with a lifelong desire to live in the West, moved to Idaho for her Residency. Dr. Meissner enjoys spending time with her family, hiking, skiing, outdoor activities & horseback riding. She is looking forward to practicing full-spectrum family medicine in Montpelier, Idaho. She is accepting new patients. Please call 208-847-1110 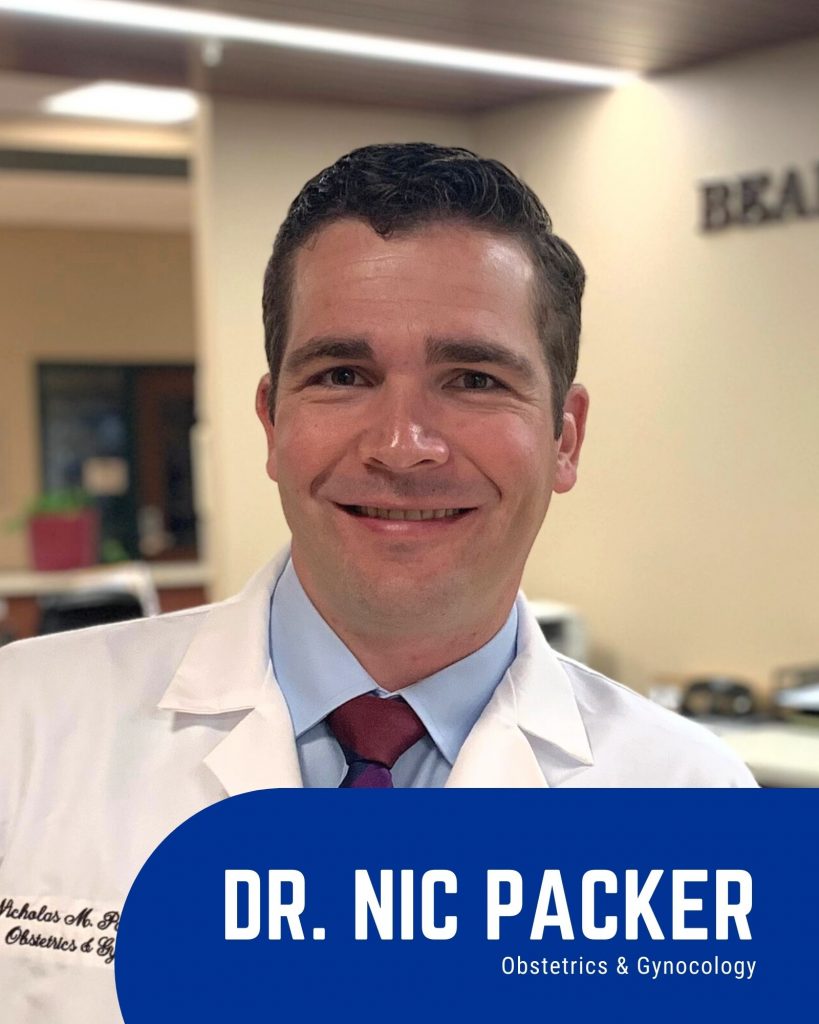 Dr. Nicholas Packer MD is an Obstetrics/Gynecology specialist.  He graduated from Brigham Young University with a Bachelor of Science in Biology. He then attended Virginia Commonwealth University School of Medicine and graduated in 2011.   Dr. Packer did an Obstetrics and Gynecology residency at York Hospital in York Pennsylvania.  He has been practicing for over 6 years and has been affiliated with Seasons Medical  and Madison Memorial Hospital in Rexburg, Idaho.  Dr. Packer is a member of the American College of Obstetrics and Gynecology. His office number is 208-847-1110 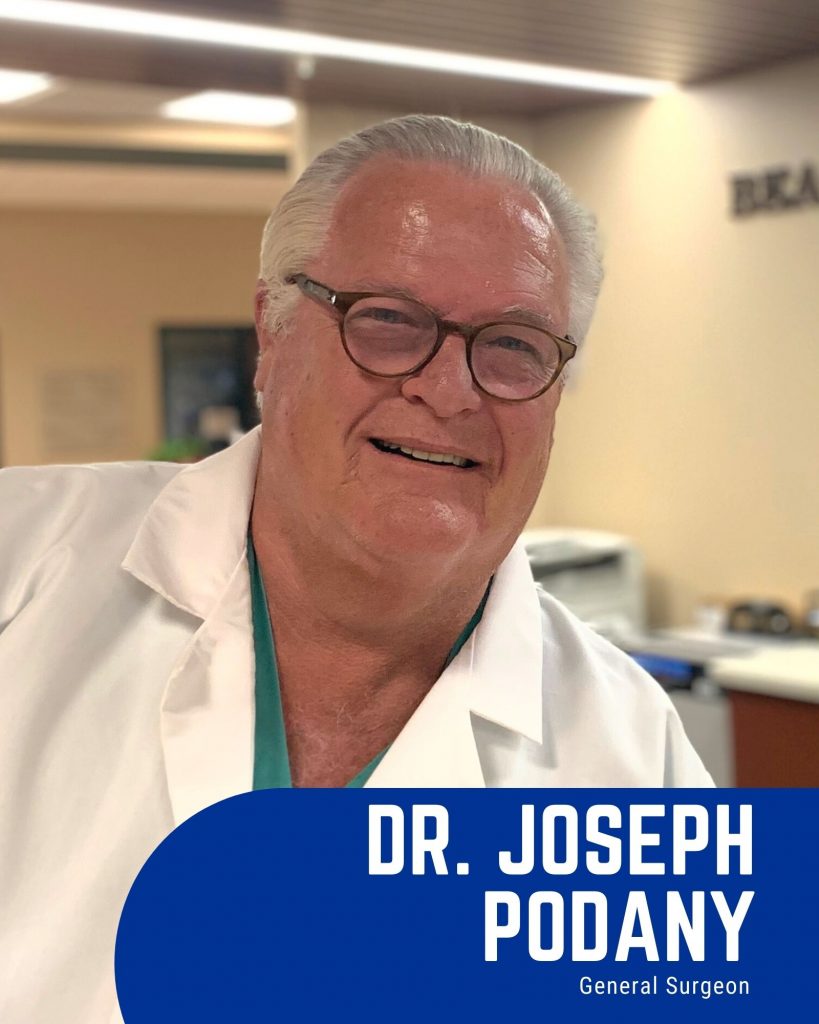 Dr. Podany is a General and Bariatric Surgeon, and a Fellow of the American Board of Abdominal Surgery. He practiced for 20 years at Eastern Idaho Regional Medical Center in Idaho Falls in General, Bariatric and Emergency Trauma Surgery. He has performed nearly 1,000 Gastric Bypass procedures, many of which were done laparoscopically, and now performs the Gastric Sleeve Surgery here at Bear Lake Memorial Hospital. He pioneered non-invasive, laparoscopic surgery in Eastern Idaho, performing the first laparoscopic gallbladder surgery and the first laparoscopic anti-reflux operation. Dr. Podany remains the most experienced advanced laparoscopic surgeon in Eastern Idaho.
Dr. Podany played Varsity Football for Syracuse University. He graduated from Temple University Medical School in Philadelphia and obtained his surgical training at the Lehigh Valley Medical Center, a regional trauma center, where he trained under Dr. Michael Rhoades, an alumnus of the famous Dr. Cauley at the Baltimore Trauma Center. 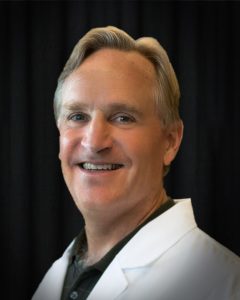 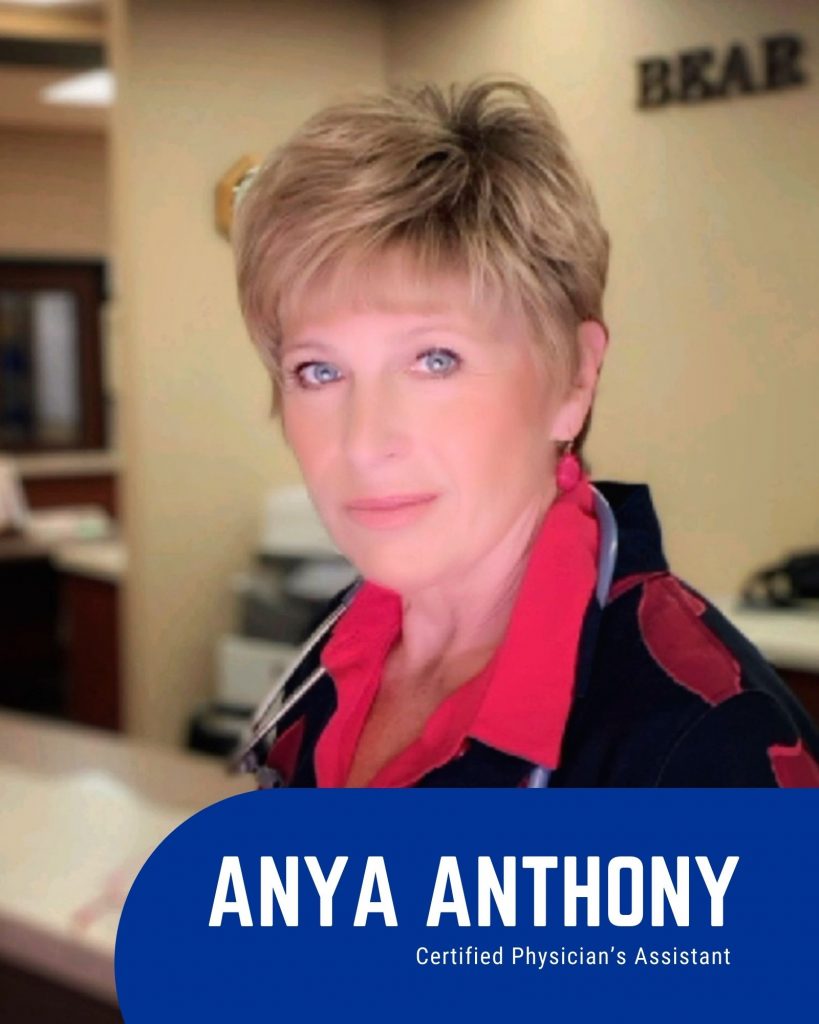 Dr. Ririe is originally from Salinas, California. After graduating from Brigham Young University in 1985, Dr. Ririe entered active duty military service, attending the Uniformed Services University of the Health Sciences (USUHS). He earned his medical degree from USUHS in 1989. He did internal medicine training at Wright-Patterson Air Force Base in Dayton, Ohio, followed by a fellowship in hematology and medical oncology at Wilford Hall Medical Center in San Antonio, Texas.

While in San Antonio, Dr. Ririe led the stem cell transplant service for over 10 years. At the time of his retirement, he was serving as chief of the hematology and medical oncology service at the Air Force’s medical center in San Antonio. Additionally, he served as chief of the medical staff on two separate tours at the largest DoD hospital in Iraq in 2005 and again in 2008. Dr. Ririe has particular interests in leukemia, lymphoma, and myeloma. However, his practice at Portneuf includes all areas of hematology and medical oncology.

Dr. Ririe is married with 4 children. He enjoys the outdoors and exercise of all kinds. He considers eastern Idaho a “home away from home” because of many family relations that reside in the area.

Anya obtained her P.A. graduate degree from Western University in Pomona, California. Prior to moving to Bear Lake, she worked at a Community Clinic in California for four years.

After having a positive experience with a physician’s assistant in an emergency room and doing some research on the position, Anya knew that’s what she really wanted to do. She went back to school, while still working full time and raising a family, to earn her degree.
Anya feels she has a lot to offer the community by providing a variety of health services.  Those wishing to make an appointment with Anya can call Internal Medicine West at 208-847-3847. 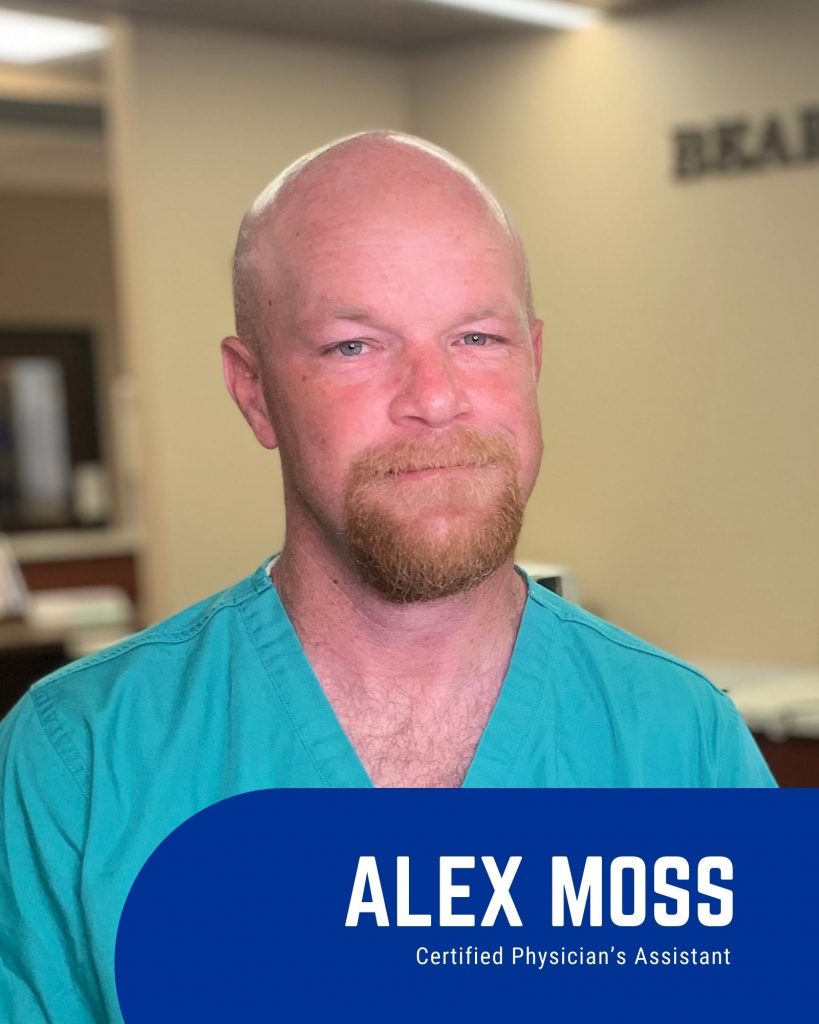 Alex grew up in southeast Idaho. After spending several years out of state in Utah and Montana for his education, he is glad he could return to Idaho to raise his family and work with the people in the Bear Lake community.   Alex has been on staff at Bear Lake Memorial Hospital since 2004. He treats a wide variety of health concerns and maintains a flexible schedule to accommodate your urgent needs. Same day appointments available by calling 208-847-4495. 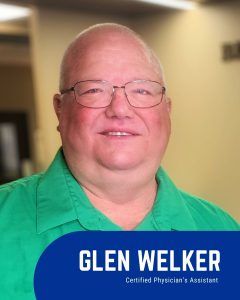 Glen has been a Physician Assistant for 21 years and graduated from Idaho State University with a Bachelor’s of Science in Physician Assistant Studies. After graduation he moved to Anchorage, AK where he practiced in a Family Medicine/Pain Management clinic.

Then moved to Alaska Native Medical Center (ANMC) where he was trained in orthopaedics. He was taught to handle most orthopaedic emergencies until surgery was needed and consult with the surgeon on call. He came to South East Idaho in 2007-2009 for a short time working closely with providers at BLMH and in the adjoining communities of Logan, Preston, and Soda Springs.

He was called back to Anchorage to work one on one with one of the surgeons who was instrumental in my training at ANMC. After a time, he was asked to take over the walk-in clinic where he assisted patients with chronic, urgent, and emergent problems. His motto is everyone has the right to medical attention no matter their circumstances. he looks forward to assisting patients of South East Idaho with all their orthopaedic care. 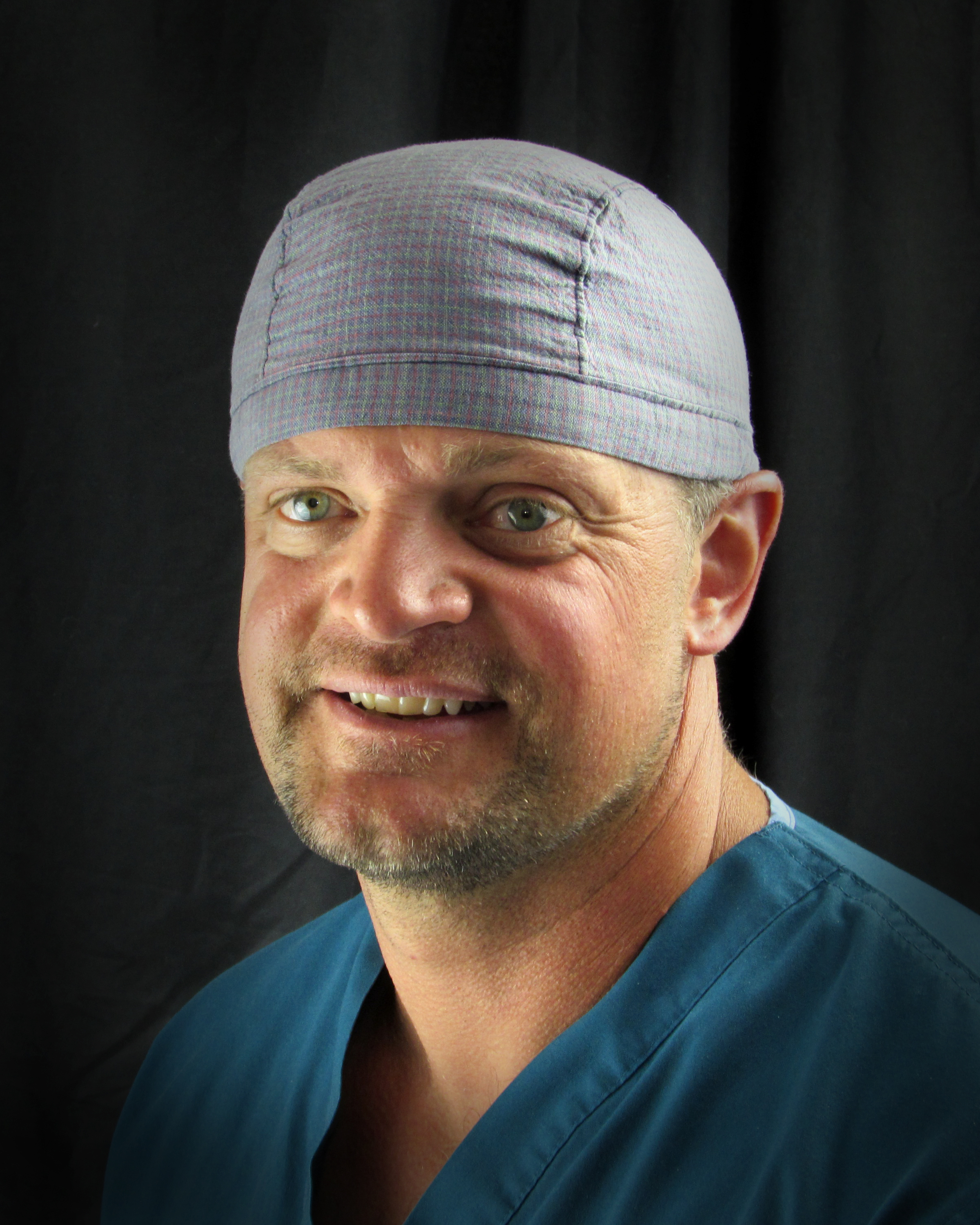 Dorian was raised and graduated from High School in Montpelier, ID. He along with his wife Angela and three children have lived in Montpelier since December of 2004.
Dorian attended the School of Anesthesia in Middle Tennessee where he graduated with a Master Degree in Science with an emphasis in Anesthesia.

Jake was born and raised in Rigby Idaho. After graduating with his Bachelors of Science in Nursing from BYU-Idaho he received his Masters of Science in Nurse Anesthesia from Wolford College. He started his anesthesia career in Indiana and moved to Montpelier in 2018. Jake and his family are excited to live and work in the Bear Lake Valley. 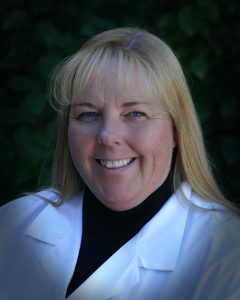